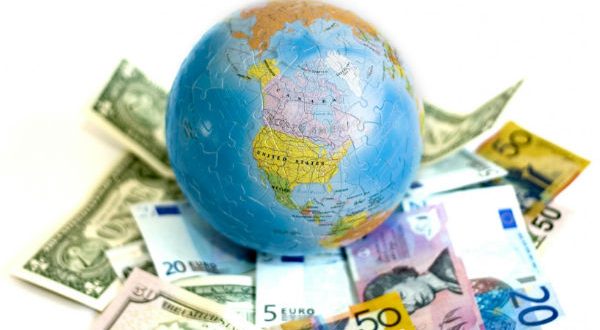 The model of foreign investments – privatization is accepted through the privatization laws. This method enables primarily the use of certificates as a way of payment, purchase of the assets, stake or total state capital of the enterprise. Each citizen was given certificates which were initial position for his realization of the private ownership share in the private property.

This model of the mass – privatization is used to change the existing state ownership structure, gives the possibility to all adult citizens that through various claims become owners of the capital, which so far was social/state ownership.

As far as the privatiztion procedure method and issuing of the claims are concerned, the method of the Public Offering of Shares (POS) was prior to all other methods. Tender as the method of the large – scale privatization is to be used only and exceptionally for the sale of enterprises for which there is a great interest of the strategic partners.

However, as the method through Public Offering of Shares dos not produce the fresh capital flow, neccessary for the settlement of the liabilities, which burden the major part of enterprises to improve their financial situation, and does not lead to the restructuring of enterprises as the necessary condition for their future survival, the tender as a privaization method became one of the significant ways for the privatization of the state capital.

Privatization in FBiH is overall process, which on one side gives the possibility to all local and foreign physical and legal entities to participate in the purchase of the state capital. On the other side, privatization includes enterprises, banks and appartments with existing tenancy rights.

LAW ON OPENING BALANCE SHEET OF ENTERPRISES AND BANKS

Subjects can, according to their needs, state assets and rights and capital and liabilities in analytical form, too (Sub-Balance Sheets), according to provisions of this Law.

In cases when two or more enterprises in their Opening Balance Sheets state the same rights, the same assets, the same liabilities and the same capital, they will not be privatized unless, according to special provisions, way of disposal of disputable property is defined.

Authorized body will initiate Auditing of company from Sect. 1.of this Article.

Special provision from Sect 1.of this Article, which will determine more closely a way and procedure of Auditing, will bring the Government of Federation during 30 days after this Law comes into force.

Disposal right to real-estate on built constructed land, registered in Land Books for owner-subject’s sake, from Article 2.of this Law, becomes owned property by a day when it comes to force.

Assets, rights capital and liabilities of banks are stated in Opening Balance Sheet of banks as to Book value, respectively determined in Auditing procedure of bank, according to Article 3. of the Law on privatization of Banks.

Book value as to Article 4. of this Law is a value determined on basis of provisions in Accounting and fiscal system, valid on a day of preparing Opening Balance Sheet.

Opening Balance Sheet expressed in KM, after being accepted by authorized body, becomes Balance Sheet of subject from Article 2.of this Law, in which are expressed all changes in business activities.

2) balance of liabilities and claims till 31. 3. 1992., on basis of relations towards legal and physical entities on the territory of other ex-Republics of SFRY and Republc Serpska;

Values of assets from Article 8. Section 1. of this Law is booked off to capital and liabilities’ charge.

If value of liabilities from Article 8. Section 2.of this Law is bigger than claims’ values from the same Section, equilibrium of Balance Sheet is achieved by enlargement of enterprise’ capital.

If value of claims from Article 8. Section 2.of this Law is bigger than value of liabilities from the same Section, equilibrium of Balance Sheet is achived by reducing enterprise’ capital.

For value of liabilities from Article 8.Section 3.of this Law, the state, respectively private capital of enterprises is enlarged.

Provisions of Article 10 of this Law are applied to liabilities and claims from Article 8. Section 4. of this Law.

Value of subscribed unpaid share capital from Article 8. Section 5. of this Law is booked off on capital charge.

Value from Article 8.Section 6.of this Law in the amount of damage of constructed objects, equipment and other tangible assets, sttated on 31. 12. 1995., is booked off on enterprise capital and liabilities’ charge.

After finished actions from Article 8. according to Articles 9. to 14. of this Law, and related to Article 30. of this Law, risk level of enterprises’ liabilities to banks, is to be determined.

Liability from Paragrapph 1.of this Law, which level of payment risk, based upon written bank information,is more than 50%, is written off in favour of the state capital in balance of enterprises.

2.value of assets which are by Act of authorized body subject to Restitution procedure.

Value of assets which are subject to Restitution is booked off on charge of state/public capital of enterprse.

Active Sub-Balance Sheet of enterprises should state value of share capital, according to Auditing from Article 6.of the Law on privatization of enterprises.

Assets and rights stated in Neutral Sub Balance Sheet of enterprises, after approved Privatization Program, are transferred to bodies determined by Law on purchase of apartments with tenancy rights and Law on Restitution.

Assets and rights stated in Neutral Sub Balance Sheets of enterprises, from Article 4. of this Law, are transferred to bodies determined by Law on principles for purchase of apartments with tenancy rights.

Opening Balance Sheets of banaks from Article 1. of this Law is prepared after finished Auditing of banks, according to Articles. 3, 4. and 5.of the Law on privatization of Banks.

1.5.Organization of the Directorate and its responsibility

The Directorate for Privatization is an independent republic administrative organization, founded under the Law on Administrative Service in the Republika Srpska Government, and the Law on Ministries.

Organizational units of the Directorate

Duties from the scope of work of the Directorate are performed within the following organizational units:

In the Sector for Preparation and Control, Opening Balance Sheets and privatization programs of enterprises are analyzed and verified, and the control is done of execution of commitments undertaken in made contracts on sale of state capital.

In the Sector for Common Affairs professional and administrative duties are discharged, which are of common interest for the Directorate, that is to say, a full support is provided for the efficient work of other sectors and the Directorate’s management.

Sector for Restructing and Sales is in charge of initiating and conducting the procedure of financial restructuring of the Companies’ debts as well as preparations for the sale of the state-owned capital in enterprises and monitoring the process of the sale.

In the Sector for Information Technologies, databases are kept and other duties are performed related to IT support of the privatization process.

1.6.Method of work in the Directorate

Tax administrations (entity, cantonal and municipal levels) are in charge of tax collection in BiH.
The BiH Indirect Taxation Authority is in charge of collecting value added tax and coordinating fiscal policy issues in general. This body is also responsible for collecting customs and excises on the entire territory of BiH.

The basic taxation categories are:

Value added tax (VAT) was introduced on January 1, 2006, replacing sales tax on goods and services. It was introduced at a flat rate of 17%. The Indirect Taxation Authority is in charge of calculation and collection of VAT.

Value added tax is a comprehensive tax on consumption, assessed based on the value added to goods and services. This is a general tax applied to all commercial activities, including manufacturing and distribution of goods and providing services. It is a consumer tax because it is not paid by the company, but by the end user. It is assessed as a percentage of the cost of goods or services. The tax amount is visible in all stages, from manufacturing to distribution chain. When paying tax liability, the taxpayer will reduce the value added tax by the tax amount he/she has already paid to other taxpayers at purchase. This ensures neutrality of taxation, regardless of the number of transactions involved.

The Federation of BiH Law on the Corporate Income Tax enables the taxpayer, who in the year for which the corporate income tax is being determined, has achieved 30% of their total revenue by export to be exempted from the tax payment for that year.

Taxpayer who in the period of five consequent years invests into production in the value of minimum 20 million KM, on the territory of the Federation of Bosnia and Herzegovina, is being exempted from the payment of corporate income tax for the period of five years beginning from the first investment year, in which minimum four million KM must be invested.
If taxpayer from the above paragraph, in the time period of five years, does not achieve the prescribed census for investment, they lose the right of tax exemption, and the unpaid corporate income tax is being determined in accordance with the provisions of the Law on the Corporate Income Tax augmented for penalty interest payable for untimely paid public revenues.

In RS, for a taxpayer making an investment into machinery and equipment, at the territory of Republic of Srpska, and which is attributable to performance of own registered production activity, the tax base shall be reduced for the amount of the respective investment. Tax base reduction for the amount of investment shall be valid until December 31, 2008.

Profits transferred from abroad are not taxed in BiH

Profits transferred from abroad are not taxed if they were previously subject to taxation abroad.

Profits are calculated in accordance with applicable laws, by deducting (real) expenses from revenues. The tax base includes profit gained through revenues and capital gains, according to the accounting regulations. The expenditures must conform to the accounting standards.

In the Federation of BiH and in the RS, personal income tax is payable on following types of income:

In the Federation of BiH, personal income tax is levied at cantonal level, while in the RS it is regulated at entity level. Brko District has its Law on Personal Income Tax that regulates this type of tax for the District.
Please contact FIPA to find out about current personal income tax categories and applicable rates.

In Federation of BiH, wages are taxed 5% (tax base is gross salary), while tax rates for other types of income range from 10% to 30% (depending on the tax-base type, e.g. income from property, copyrights, capital gains, etc.).

In the RS, wage tax is from 0% to 15% (tax base is net salary and depending on the amount of wage). Tax rates for other types of income are the same.

Foreigners and taxes in BiH

All foreigners with permanent residence in the Federation BiH and RS pay personal income tax on revenues earned during a calendar year in BiH territory. Equally, all foreigners who do not reside permanently in BiH but who earn income in the Federation BiH and RS are considered as taxpayers.
In Brcko District, foreigners are treated as taxpayers if they stay in the District territory during an uninterrupted period of 183 days at least.

Import restrictions on equipment that is part of foreign investment

Equipment imported as foreign investment must not be older than 10 years. A certificate issued by the authorized body needs to be provided confirming that the equipment meets necessary standards on environmental protection and protection at work.

Investments in Bosnia and Herzegovina is an overall process, which provides an array of the possibility to both local and foreign physical and legal entities to participate in the purchase of the state capital, including enterprises, banks and apartments with existing tenancy rights.

The “strategic enterprises” were selected for tender privatization, offering numerous privatization opportunities to remain throughout Bosnia and Herzegovina.