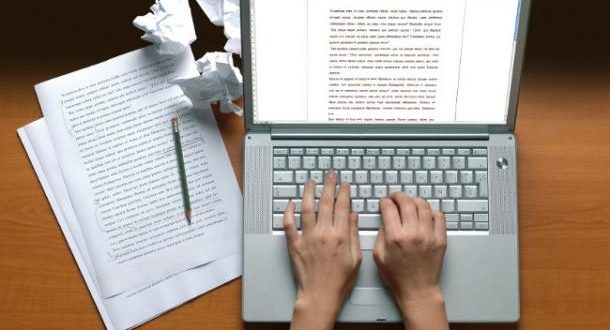 Abstract- Simulation of the object in the wind tunnel is a long lasting process, and therefore an ideal candidate for making code run in parallel.

Simulation complexity is still great for today’s computers. With a growing number of processes computation time is falling, but communication time is rising. Memory can also be the problem.

BECAUSE making a car model and simulating his air resistance in the wind tunnel is both time and money expensive, the idea of making a simulation has became a reality. It is expected that a first BMW will be made without making a single model soon. In order to evaluate air resistance, one needs to discretize a volume, set PDE-s, and solve them. Solving PDE-s with huge number of unknowns is not possible without using mathematical algorithm, except in some special cases. By discretizing, a system with n linear equations and n unknowns is obtained. The most popular way of presenting these is using matrices. In this case, the matrix will be sparse. Conjugate Gradient method is a method for solving system of linear equations using induction. In each step, we are supposed to be

closer to the exact solution.

algorithm with a sparse matrix that is a result of discretizing a volume and setting correspondent PDE-s. Code was tested on many multi- processors computer architectures, which were suitable for running MPI programs.

When talking about simulations, where the volume is divided in small amounts of volume, it is obvious that by dividing on smaller pieces leads to the result with better precision. Of course, that also means longer execution time. Therefore, it is natural to try to run a simulation code in parallel.

While the majority of calculation in CG algorithm is matrix vector multiplication, the execution time is easy to calculate, and the multiplication can easily be divided on many processors.

Anyway, when the result should be spread to all of the processors, sometimes it is faster to run the whole simulation on single processor computer, then to run it on many processors, and then deal with the communications. Even if the communication lines are very fast, with every message passing interface one processor has to form a message head and body and send it, and the receiving part should do inverse operations, and the direct communication is not easy to establish, and usually not useful.

For example, with matrix vector multiplication divided on many processors, each of them needs to send the result to all of the others. In case of modeling the volume, the result matrix is sparse, which will be of great interest in further calculations.

In order to make this paper interesting and more understandable, the main idea will not be explained by explaining each part of the algorithm/code, but instead, explaining each idea that guided author to the final solution. Within each idea, main characteristics are given, a picture demonstrating what we have achieved by implementing it, and the problem to be solved by implementing next idea. But first, the serial implementation will be discussed.

The most important thing to notice when talking about making a simulation run on many processors is that there are approximately 200 iterations per one time stamp, where matrix- vector multiplication is the most processor demanding operation in each iteration. Beside it, scalar vector product is calculated in all iterations, and the multiplication of the vector with a constant. The most promising thing to do is to split matrix vector multiplication on many processors. Other operations are not to be split at this stage, while more time would be needed to send and receive the result than to calculate it on a single processor.

Dividing calculation onto many processes

Because of the nature of the problem, the matrix is divided onto non-zero blocks same sizes. The number of row blocks is divided by the number of available processors. Each processor is responsible for multiplication of approximately the same number of row blocks with appropriate vector. Figure 1 depicts a non-zero blocks marked as black circles, while the rest of blocks are zero blocks. The acceleration obtained by using this basic principle is obvious. Still, there is a problem to be solved. After each matrix-vector multiplication, a result should be collected, and then delivered to all processes. This approach requires sending and receiving huge amount of data.

Comparing to the previous case, maybe it is not that obvious, but the communication necessary for matrix vector multiplication is reduced almost n/2 times, where n could be even 10000. Anyway, the problem is still a little bit covered, but easy to notice. The whole communication is done by the root process and each other process. In case we have a computer architecture made of equal nodes, that means that each process would have to wait until all of the data has been received by the root process and sent to all other processes. If one process is run on single processor, that means that all processors would have to wait for communication to finish.

Now that we know which part of the vector is necessary for which process in order to do the calculation, we can try do determine who is the “owner” of the requested data. Even if all of the processes are equal when using MPI, we can mark 0 process as root, and all other processes as slaves. Similarly, we can force the process with any rank to work with corresponding row- blocks, and therefore know rank of the process that is working with any part of the vector. This way, as shown on figure 3, every process needs to send only n real numbers to the upper neighbor, where upper neighbor is the process with the previous rank number than the current process rank number, and n real numbers to the lower neighbor. Similarly, it needs to receive same amount of data from same processes. While many computer architectures support parallel communication between some processes, this could be almost n times faster than in previous case, where all the communication was done using the root process.

The last, but not least to say is that whole communication could be done in parallel to the calculation, which means that for big problem sizes, the communication time is around zero. This is achieved in tree stages. First is starting sending and receiving operation. Second is multiplying each row block that is independent from other processes. Third is checking if the communication has been finished. Only in case of having small data sets, processors would have

In this chapter, a brief introduction to computer architecture suitable for the program is given. Main testing was done at cluster Mozart at SGS department on IPVS, in Stuttgart, Germany. It consisted of 64 nodes, each containing two processors with 1GB of RAM memory, and, for code development time considerable cache memories. Anyway, the necessary architecture included any cluster that could have MPI installed on it. Communication lines were also of interest, but the research is done on such a way that for slower networks, in order to see the advantage of the parallel version of code comparing to the serial one, one needs to set enough big problem size. Special sparse matrix was produced by Ionel Muntean’s code, which was given in 9 vectors for the 2D case and 27 vectors for 3D case. These vectors represented non-zero data in the matrix. It is much more efficient than to store whole non-zero blocks in the memory, because, most of the elements in them were zeros.

In this chapter, analysis is done considering memory and time aspects. For each of them, a comparison between serial and parallel version is given. In order to make paragraph more understandable, let n be the dimension of the matrix and the vectors, and p number of processes in parallel version of the program, which will be used in later text.

Memory usage will be considered with a size needed for representation of a real number defined as a minimum memory usage. For example, size n will represent 8*n bytes if one real number needs 8 bytes.

For serial version the memory size needed is determined in co ordinance with size of vectors and matrix. There are 4 vectors of size n, and matrix 5*n*n for 2D case, and 27*n*n for 3D case. In order to run the serial version of program that executes CG algorithm, all the memory must exist in single computer.

For parallel version, matrix size is 5*n*(n/p) for 2D case, and 27*n*(n/p) for 3D case. Size of each of 4 vectors is n/p. It is obvious that a parallel version is as parallel as it can be considering memory aspects, meaning that all the data that occupies most of the memory is spread over all p processes equally.

Using CG algorithm without prediction, it is calculated that approximately 250 iterations is done in order to have solution enough close to the real system of linear equations result. Calculation time per iteration will be used as a minimum amount of time in order to make analysis more readable. Automatically, same calculation is valid for both 2D and 3D case.

For serial version all the calculation has to be done at single processor unit, meaning that time needed for execution is n.

For parallel version, it is good to define the time needed for data block sending and receiving. Anyway, while the transmitting of data is at least partially done in parallel to calculation of part of matrix and part of vector multiplication, the important thing is not to calculate the time needed for sending, but the difference between calculation time and that time. While this could make the analysis part of the paper too unreadable and boring, graphics showing algorithm execution time for different problem sizes is given, and the best way to determine the difference is by observing them. At this point, it is important to notice that for the big, but real problem sizes, the data sending/receiving is done completely in parallel to calculation. Therefore, the time needed to finish execution of parallel version of code is: n/p plus time needed for reduce/broadcast operations, where every process sends/receives one real number. For big problem sizes, by doubling processor number, the execution time is reduced around twice! Therefore, it is obvious that a parallel version is as parallel as it can be considering processing time also, when the problem size is great enough to be reasonable to run it on more then one processor.

In this chapter, graphics and tables are given, for both 2D and 3D cases, in order to make possible for reader to realize the benefits of the proposed solution at the first glance. Figures 4 and 5 depict tables showing running time in seconds depending on the number of processors used for calculation in each row, and the problem size in each column. On figures 6 and 7, graphics are given for chosen problem sizes to show the dropping of the execution time with growing number of processors.

Even most of today’s computers are single processor computers; there are a lot of clusters and special purpose computers, and a lot of them still to come. Therefore, making computer programs for parallel execution on many processors is a very promising activity. Simulations are the best examples of the heavy computing programs, and as such, ideal candidates for making the code parallel. By making parallel version of CG algorithm, the time necessary for making a program was reduced in some cases even by 40 times. For achieving such a result one needs to be able to run a code on 128 processors architecture, like one in SGS department on IPVS in Stuttgart, Germany.

This work would not be possible without help of Prof. Joachim Bungartz and Ionel Muntean. Many thanks to them for inviting me on a tree months practice in Stuttgart, and providing me access to the cluster Mozart, as well as giving classes with amazing strength.