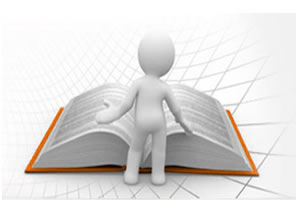 Learn English to Use it!

You will become an expert English speaker!

Many people study English for many years. Even after years of studying, they go to an English speaking country and realize that they cannot say one sentence correctly. This is going to change for people who finish this course. You will be able to speak English in many different situations. This site will give you the foundation you need to communicate effectively in English.

You need to mimic correct sentences over and over again.

Do you have to memorize English or do you have to understand the English to speak it? Let’s first think about how people learn their first language. When you were little, you listened to your parents speak and you copied them. Over the years, people have tried to learn English like they learn a concept or a theory. They try to understand the meaning behind each sentence and try to put them together through logic. If you are studying to pass the GMAT or TOEFL or any other test, then you will have to try to understand every word of every sentence and know why each word is in a particular place. But when you speak English, you don’t need to know any rules. The more rules and logic you think about, the harder time you will have. The best way to learn to speak English is to memorize. First, have a sentence that is correct. Listen to the sentence, repeat the sentence over and over again until it becomes a part of you.

Being able to speak English is more difficult than people realize. If you have bought many books and attended many classes in English only to get disappointed and discouraged, you can be confident that TalkEnglish.com will be different. Anybody who completes this program will have the ability to speak to anyone in any situation.

When I ask you for your background information in your language, you don’t have to think about each word that you are going to say. You are basically thinking about the content. When you know what you want to say, you can say it automatically. This is because you have everything already memorized. When you want to speak effectively in English, you have to recall information immediately. In order to do so, you must have the sentences already memorized. If you have something memorized, you will be able to say it immediately. For example, you probably learned how to say, ‘How are you doing?’ You don’t have to think about this sentence because you practiced it so many times. Imagine if you can say other things as quickly as you can say ‘How are you doing?” That is what you will be learning.